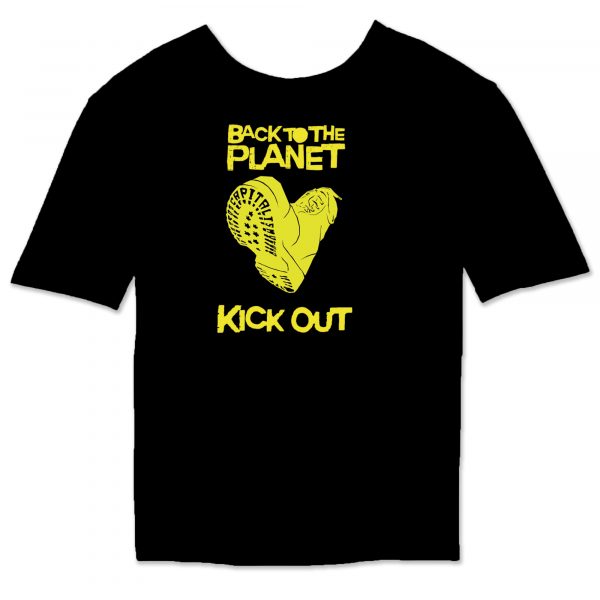 Available in Black Shirt with Yellow Logo or Yellow shirt with Black Logo.

Pics are for reference only.

After the success of the latest Kick Out E.P. and the downright outrage of the recent general election, we felt it was time for a new BTTP shirt with a new angle.

So here it is, in all it’s glory, the very first and exclusive Back to The Planet ‘Kick Out’ T-Shirt.

Bollocks to Theresa May the D.U.P. and the complete and utter shambles of the U.K. democratic system in general. We have been failed yet again by an antiquated system which has allowed a minority vote to take control of the majority. The conservatives have joined forces with the D.U.P who are little more than an ultra right wing party from Northern Ireland and now they are determined to push us all through the excruciating process of leaving the EU with no plans, no costings, and as far as we are concerned no hope.

Kick The Fuckers Out!

1 review for Kick Out T Shirt